Registration is open to Lifetime Members!
(Registration will be available for all other alumni on July 29th.) 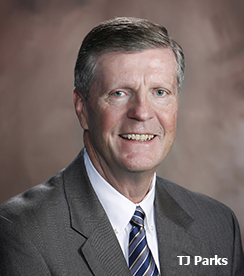 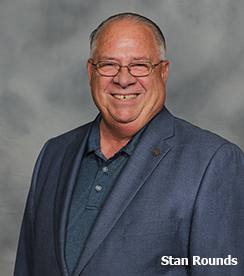 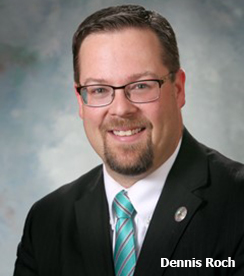 A Native New Mexican, born and raised in Tucumcari, New Mexico.  Upon graduation from high school, TJ attended and played basketball at New Mexico Military Institute.  The Broncos were ranked as high as 12th in the nation during sophomore year. He completed his collegiate eligibility at The Citadel in Charleston South Carolina and received my Bachelors and Masters degrees at Eastern New Mexico University.

His wife is Teresa Turner Parks and she teaches Business and Technology at Tatum Municipal Schools.  Teresa and TJ have been married for thirty-seven years and we have two wonderful children.

Mr. Dennis Roch spent much of his childhood in the Clovis area, growing up the son of an Air Force officer stationed at Cannon AFB.

In 1995, he received a teaching degree from Eastern New Mexico University in Portales and then continued his studies in the Washington, DC, area– earning his master’s degree while working for US Senator Pete Domenici on Capitol Hill.

Beginning in 1999, he served as a teacher, coach, athletic director, principal, and assistant superintendent in several eastern NM districts.  In 2013, he accepted the position of Superintendent of the Logan Schools and continues in that position today.

Dennis ran for office in 2004, and he was elected that year to a 4-year term on the Public Education Commission.  Then, in 2008, he was elected as State Representative for District 67 in northeastern New Mexico and served 10 years as a legislator.

Since retiring from the legislature, Dennis has been active in the NM School Superintendents Association and currently serves as the association’s president.

He is married to Tucumcari native Rochelle Hodge, who is also an educator, and the couple has four young children, 9, 7, 5, and 2.

This event is open to dues-paying Alumni Members and Lifetime Members. Event is limited to 100 attendees. Registration is first-come, first-served. This event WILL fill up – don’t delay!

Thank you to our sponsors:

The past few months have been difficult for everyone but continued support from our donors allows us to bring educational programs to leaders across the state.

Pay dues to renew your membership with the Alumni Program via PayPal.

“Do not follow where a path may lead. Go instead where there is no path and leave a trail.”

“Learn from yesterday, live for today, hope for tomorrow. The important thing is not to stop questioning.”

“Whatever you can do or dream, you can begin it. Boldness has genius, power and magic in it.”

“The future belongs to those who believe in the beauty of their dreams.”

“If your actions inspire others to dream more, learn more, do more and become more, you are a leader.”

“Never doubt that a small group of thoughtful, committed people can change the world. Indeed it’s the only thing that ever has.”